« Go back to Dozers 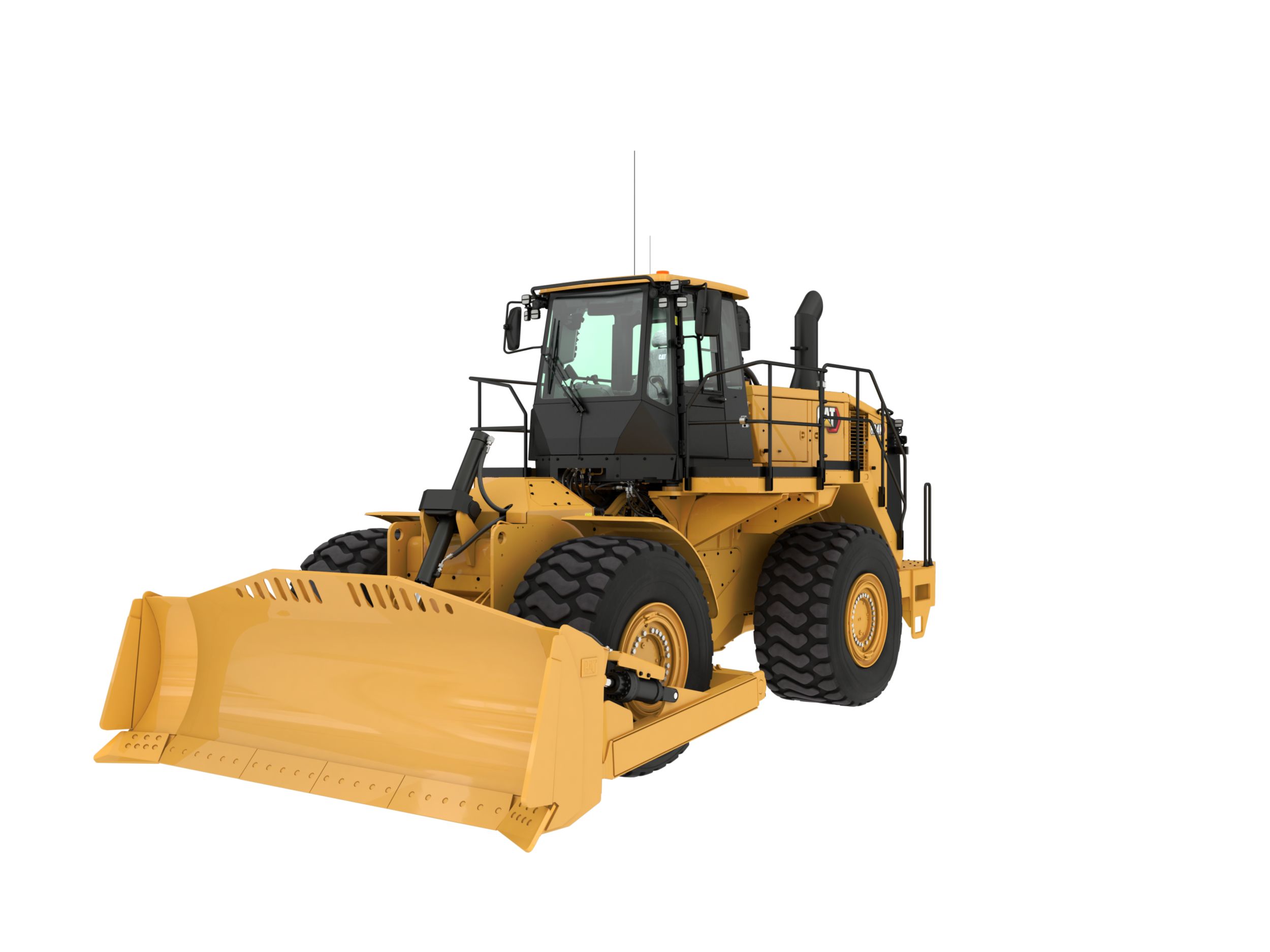 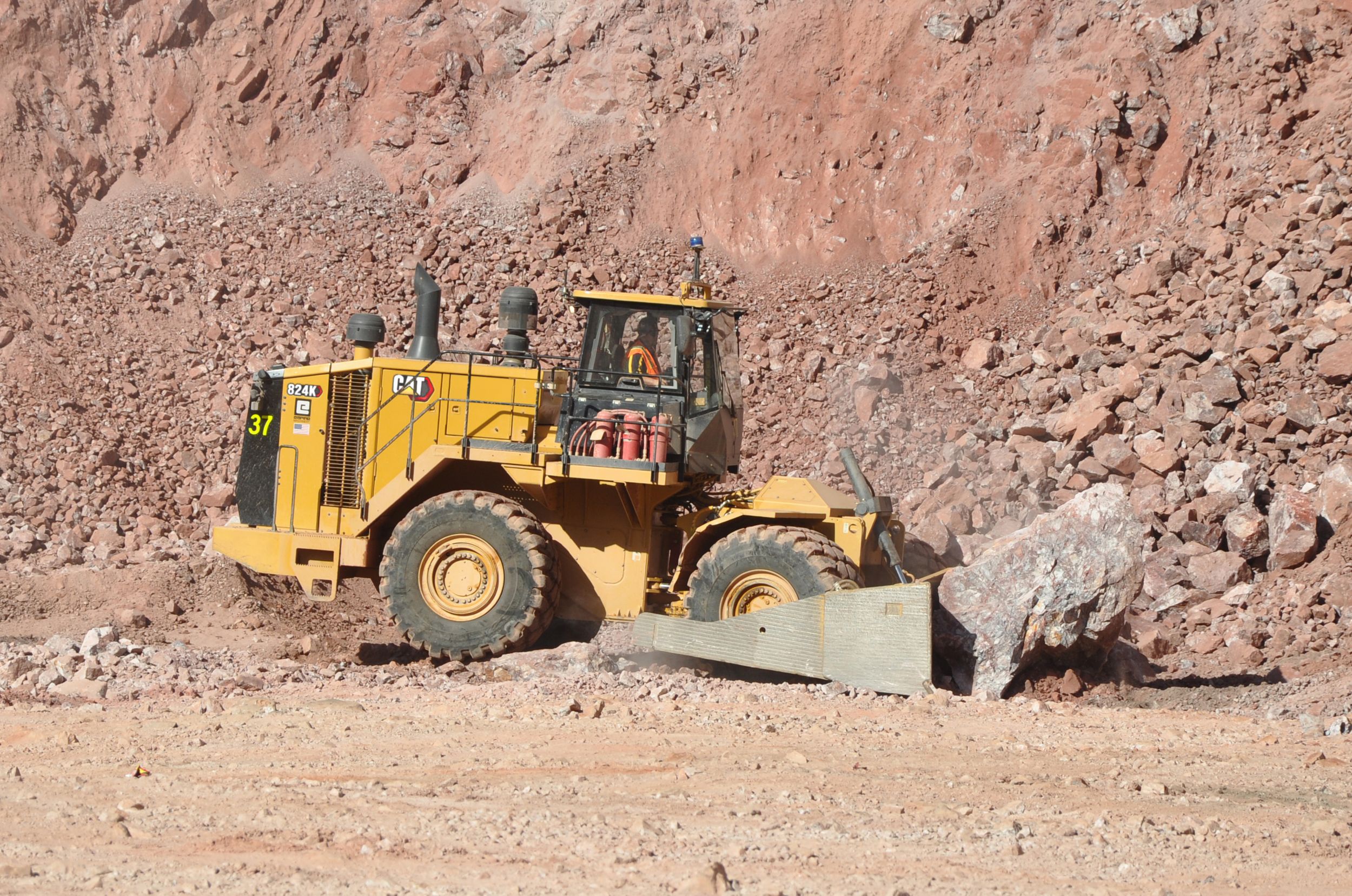 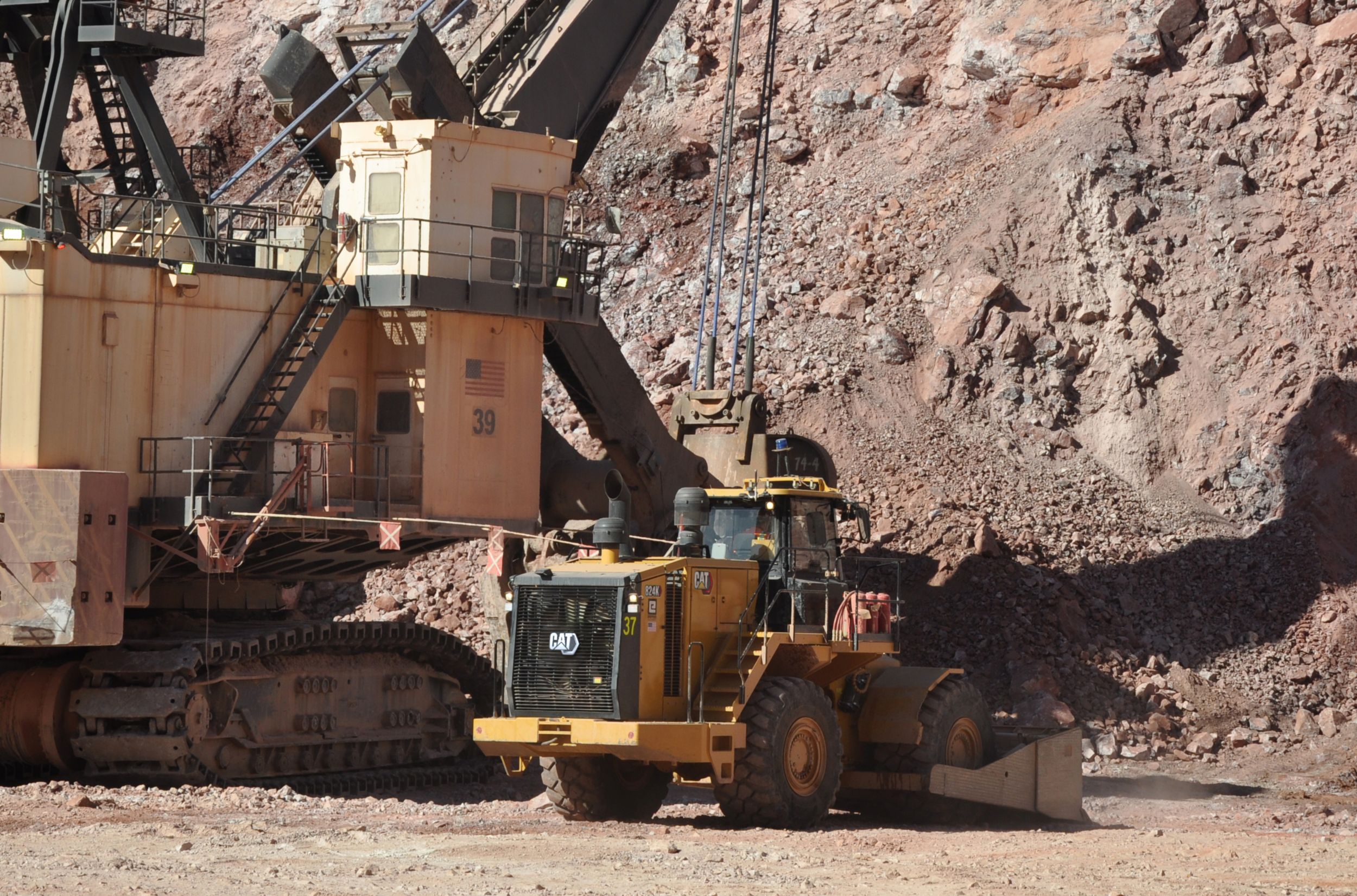 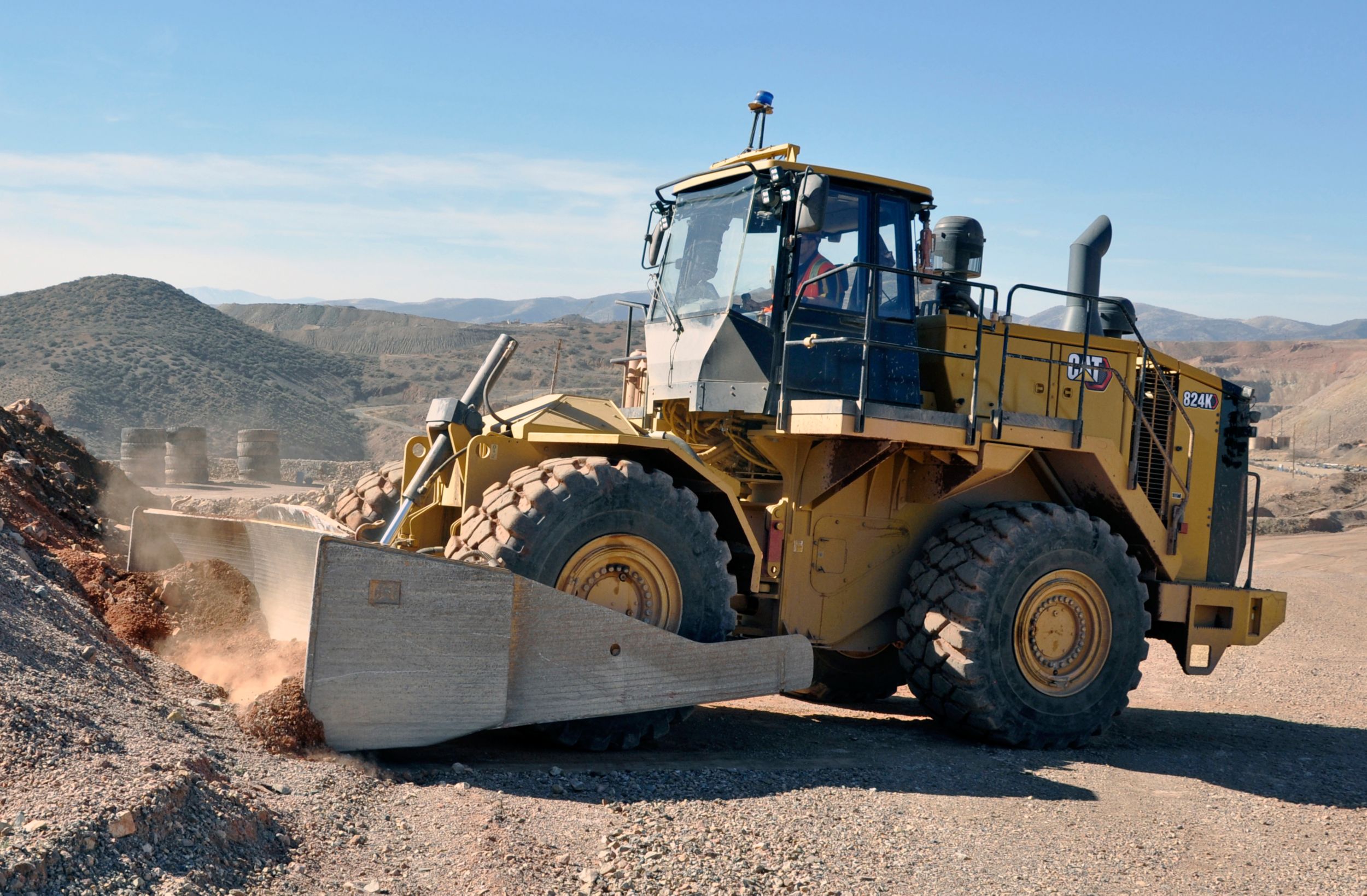 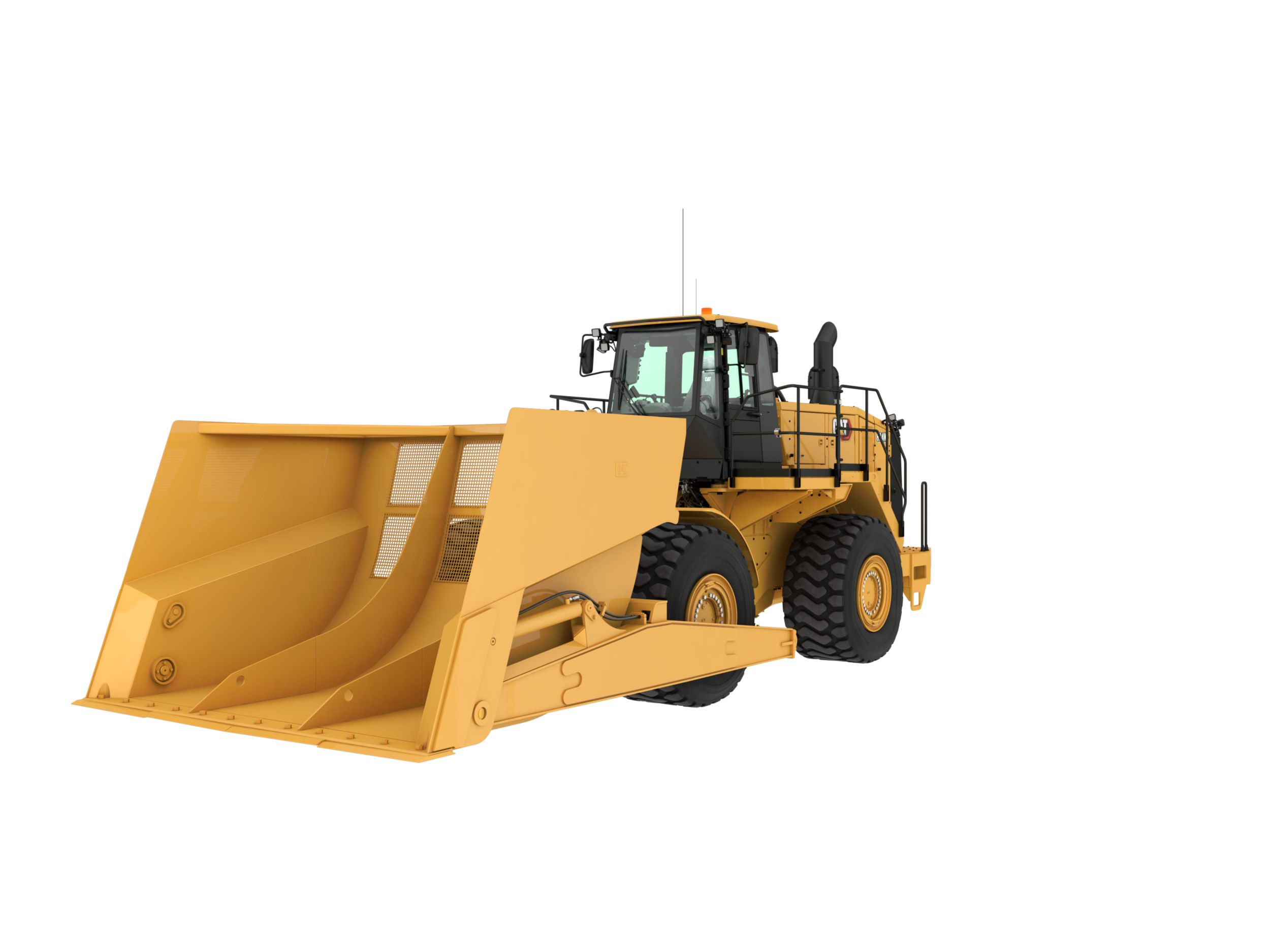 Cat Wheel Dozers are designed with durability built in, ensuring maximum availability through multiple life cycles. With optimized performance and simplified serviceability, our machines allow you to support your job site efficiently and safely while lowering owning and operating costs. The 824K continues our legacy of reliability, performance, safety, operator comfort, serviceability, and efficiency.

The Autoshift mode, when active, allows the machine to automatically upshift or downshift based on machine speed, optimizing performance and thus saving fuel. This feature can be easily enabled or disabled on the soft keypad.

The left pedal acts as a brake, transmission neutralizer and an engine decelerator to override the engine speed selected by the throttle lock. This enables the operator to slow down when the throttle lock is engaged and to return to throttle lock without pressing a resume or set button again. This aids in maneuvering around trucks, tractors or any other obstacle.

Experience maximum responsiveness and control with STIC that combines directional selection, gear selection and steering into a single lever.

Your bottom line is improved by highly durable structures that achieve multiple life cycles and withstand the toughest loading conditions.

To ensure long life and reliability, solid one piece push beams are through-width, not merely attached to the side of the frame. In corner dozing, stresses are transferred and absorbed through a larger portion of the frame.

Building your success begins with a best-in-class transmission.

Your operators can work more efficiently and stay comfortable with our customer-inspired cab features.

Enter and exit the cab easily and safely with these newly designed, ergonomic features.

Ergonomic placement of switches and information display keep your operators comfortable all day every day.

Your operator's productivity is enhanced with our clean, comfortable cab environment.

Cat Connect makes smart use of technology and services to improve your job site efficiency. Using the data from technology-equipped machines, you'll get more information and insight into your equipment and operations than ever before. Cat Connect technologies offer improvements in these key areas: Equipment Management – increase uptime and reduce operating costs. Safety – enhance job site awareness to keep your people and equipment safe.

LINK technologies like Product Link™ wirelessly connect you to your equipment, giving you valuable insight into how your machine or fleet is performing. Track location, hours, fuel usage, idle time, and event codes through the online VisionLink® interface so you can make timely, fact-based decisions that can boost job site efficiency and productivity, and lower operating costs. VIMS™ data, like events, histograms, and historical trends, can be downloaded for analysis, giving you the information you need to proactively maintain fleet health and optimize performance and uptime.

DETECT technologies like the rear-vision camera enhance awareness by expanding your view of the environment around working equipment so you can work at peak potential, with confidence.

Save on Service and Maintenance

We can help you succeed by ensuring your 824K has design features to reduce your downtime.

A valued partner, your Cat dealer is available whenever you need them.

We are constantly improving our products in an effort to provide a safe work environment for the operator and those who work on your job site.

Reducing the Impact to the Environment

The 824K is designed and built with sustainability in mind.

Cat blades are resilient, durable and designed with excellent dozing and rolling characteristics.

The straight blade (5.0 m3/6.6 yd3) is designed for production dozing in stockpile material and general earthmoving.

The coal blade (16.2 m3/21.1 yd3) is designed for precise and productive dozing while helping to retain load control with increased capacity for lighter materials. Wing angles help retain the load while dozing.

The blades are combined with bulldozer assemblies which consist of the push arms, hydraulic lift, tip and tilt cylinders, trunnion mounting, stabilizer and hydraulic line guards.

The Extended Wear bulldozer arrangement is designed for moving large loads over long distances in harsh conditions. It consists of an 8.1 m3/10.7 yd3 U-blade with Abrasion Resistant Material (ARM) on the front and sides, cutting edges, push arm and integrated cylinder guards, and a heavy-duty stabilizer.

See your Cat dealer for other blade options.

Save on Fuel Costs

Save on Fuel Costs

Data from customer machines show Cat Wheel Dozers are among the most fuel efficient machines in the industry. Several features contribute to this excellent fuel efficiency: